How Committed is Your Church to the Disney Princesses? 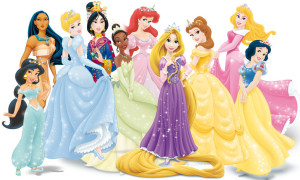 If you think of animated Disney films probably some of the first images that come to your mind would be princesses: Cinderella, Snow White, Sleeping Beauty (sorry I don’t know her actual name), Ariel, etc.. Disney’s entire history is shrouded with princesses, yet in 2010 Disney recognized princesses were not the success stories they once were and Disney exec of animation informed the world that Disney was putting a moratorium on any new princesses…”at least until someone has a fresh take on it…” and Disney stuck to this until of course the smash hit this past year of a movie entitled “Frozen” (not an endorsement I just know a lot of people are singing the song and it has made a lot of money). But can you imagine the courage it must have taken to announce, to make the decision that “the past was nice, but we have to change if we are really going to move forward successfully”? “So either bring us a fresh idea on a princess or no new princess movies at all.” Wow! The announcement was so large there were articles written about it in the LA Times, Forbes Magazine, babycenter.com, and more.

Why would Disney do such a thing? Because they recognized you can’t grow into the future if you are overly committed to the Disney Princesses of the past.

How committed is your church or your school to the Disney princesses of the past?

In his book, “Autopsy of a Deceased Church” Thom Rainer reports on the analysis of churches that have died and the 12 factors they discovered that lead to these deaths.

The very first trait which Rainer said was, “the most pervasive and common thread of our autopsies” was, they were in love with a Disney princess of the past and hoped she would revive again to bring the church back to greatness. Well not a literal Disney princess and Thom Rainer doesn’t use those exact words, but his meaning is the same.  Rainer uses these words, “the dying churches lived for a long time with the past as hero.”

These churches talked about how many people used to attend their church. They talked about how great their church used to be. And when people would try and change things these churches would resist, insisting that they could still get back to where they were with things just as they are. They were unwilling to change because they were once great and surely they could stay the same and become great again. They were in love with the Disney princesses and wanted to keep making them hoping they would eventually take them back to their former greatness.

Y’all let us be very honest the majority of Seventh-day Adventist Churches and schools (elementary & secondary) are dying or plateaued in North America. Is it because we are more committed to the Disney princesses of the past than looking toward new ideas, methods, structures, & solutions? When someone comments on our decline do we become defensive? Bringing up the past? Making excuses?

Many churches and schools are going to die because they were more committed to what they once were, rather than realizing who they are now and adjusting to their current reality.

I believe there are a “big three” things that Seventh-day Adventists should be committed to that came from the past because they are timeless in their ministration unto the people of God in the present:

Everything else from the past, while being held fondly in our hearts, should be available to change.

The list could go on and on. Maybe you have a few?

My appeal to the church I love:

If it’s not one of the big three then let go of all that you think made us great, honor it appreciate it, but to quote the latest Disney princess, “let it go, let it go”; because in North America 1.3% growth is not great and clinging to the Disney princesses of the past hoping greatness arrives once again does not justly serve the cause of this movement that Jesus placed on earth to usher in His Second Coming!