A Pitch-Back Baseball Training Aid, The Sabbath, & the Happiest Moment of My Day!

A story that leads to the happiest moment of my day: 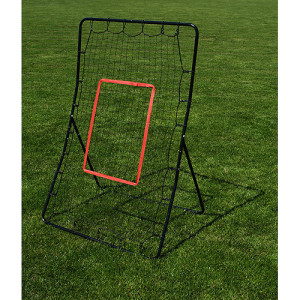 After much pleading I bought Dayton a pitch back baseball training aid today. He said he wanted it because he wanted “to practice [his] baseball catching.”

It was $20, so on the condition, my exact words, “he practice EVERY SINGLE DAY” I bought it.

Well I have to say I was impressed immediately after I put it together; he & his little brother spent close to an hour playing with it.

Then after dinner outside (we live in California 😉 ), he spent another hour practicing.

It was during this second stint of practice as I was sitting at the computer working on something and watching the boys through the window that I saw Dayton suddenly stop and he came running into the house.

Dayton ran up to me baseball mitt and ball in hand–I noticed a concerned, maybe even distressed look on his face and then these words flowed out of his mouth,

“Daddy I will practice all the other days I promise; but I don’t want to practice baseball on the Sabbath.”

I smiled gently though inside I was absolutely beaming!

I said, “Dayton I think that is a good idea. Thank you for correcting & reminding me.”

He got a big ‘ole smile on his face and ran back outside to play some more.

He made a deal with his Dad, he was concerned about breaking the deal, but he was willing to do it for his convictions on the Sabbath. Even though I would have told him I didn’t mean Sabbath too, he didn’t know that. All he knew was that he told his Dad he would practice every day, but then his little 5 year old mind remembered that he had a more important Dad that asked him to “Remember the Sabbath day to keep it holy…” And to Dayton without anyone prompting him, practicing baseball and keeping Sabbath holy didn’t jive and so he had to break the deal with me. His face showed this concerned him, but his convictions were more important.

He didn’t ask, he said, “”Daddy I will practice all the other days I promise; but I don’t want to practice baseball on The Sabbath.”